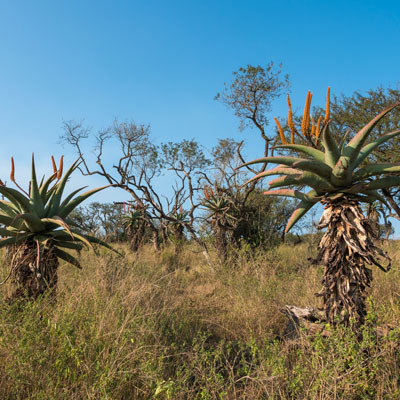 Much has happened since the February newsletter went out and there has finally been a respite in the frantic activities, allowing me to scribe this third missive.

Research & Training at Tertiary Level, as one of the fundamental pillars at Fountainhill Estate (FHE), has been so successful in its early stages that it justified the hosting of a “Mini Research Symposium”, on 19 October; an event that we intend to host annually. The purpose of the symposium was to provide a platform for the researchers, share this information across a diverse spectrum of disciplines, environmental experts who are supporting our Education and Awareness Training initiatives, as well as with the surrounding community.

It resulted in a successful day with 20 papers being presented in 5 broadly defined disciplines, viz. agriculture, natural vegetation & conservation, biodiversity/sociology & behavioural studies, mammals & birds and acquatic ecosystems & river health. The passion and enthusiasm of all the presenters as well as that of the audience of 53 was palpable throughout. Although most of the presentations involved research being undertaken on FHE it was decided to include relevant research being conducted within the upper-Umgeni catchment particularly that conducted on Cumberland Nature Reserve, an adjoining property.

We are already in discussion with academia to extend the research projects being undertaken on FHE to include – crows, yellow-billed kites and long-crested eagles (Prof Downs), as well as extensions to the sustainable agriculture and soil moisture trials (Brigid Letty). The capture and release of an entire dassie (Hyrax) colony, has been delayed, but when executed will also be monitored under a research project (Ben Hoffman).

Much of the research mentioned in the previous newsletters, and as presented at the symposium, is continuing.

Our raptor release cage has already housed a rehabilitated long-crested eagle and two spotted eagle owls. These birds had been nursed back to health by the Raptor Rehabilitation Clinic, from broken wings and barbed wire injuries.

The reinforcement of the local red-billed oxpecker population has also received a boost with the capture and relocation of 51 birds, from the Kruger National Park, by Leigh Combrink of the Endangered Wildlife Trust, to FHE. Forty two birds survived the trip and the holding period, and were released in early October. Within hours observations were being reported on neighbouring farms. The oxpecker release was facilitated by kind local assistance from Gerald Scharlach, and Oliver Holley of Holley Brothers, both keen ornithologists. This voluntary community participation is becoming a regular feature as we share our activities with our neighbours and is very encouraging. Members of the community have also assisted on our annual game counts and in poaching problems, security matters and fire control.

FHE is inviting members of the community to public interest presentations, on conservation matters and has already hosted talks on poaching (Neville van Lelyveld), red-billed oxpeckers, the southern ground hornbill (Leigh Combrink) and a World Fish Migration Day (Gordon O’Brien), these are aiding the sense of community ownership of the environment.

The vegetation transects have been concluded and will provide valuable baseline data, against which management of veld & bush encroachment can be evaluated. Over these first three years the whole conservation area has been exposed to fire management, the cycles of burning can now be planned in accordance with the species composition and will result in a better grazing capacity for our wildlife. The burning programme is already manifesting benefits with a stabilised game population being evidenced in our most recent game count.

Unfortunately not all efforts have ended successfully, the release of the rehabilitated Secretary bird, fitted with a transmitter, manufactured and fitted by Ben Hoffman, and kindly funded by the Karin Welton Trust, disappeared within days of release on FHE. It is thought that the bird was killed by a predator such as a lynx or jackal.

Prof. Albert Modi continues to utilise the commercial crop production element of FHE to expose under-grads to the planning and farming of agronomic crops, bringing a group of 25 students on a recent field visit.

The Environmental Awareness & Education Programme, is poised to gain momentum with the return of our staff member, Nicholas Zondi, from the FGASA 1 training course at the Ian Player Wilderness Leadership School.

The development and identification of trails, suitable for this programme, has been initiated.

Training & Education at the Secondary Level has still not progressed much. However, we are in early discussions with other local businesses and farmers aimed at promoting technology transfer to emerging farmers, the identification of previously disadvantaged local schools, for participation in the eco-school programme, specifically linked to FHE. We are hoping to engage local government in supporting these endeavours.

The registration of a conservancy on FHE, Cumberland Nature Reserve, & Donovale, is targeted before year-end; and improved access to facilitate traversing rights and access between the properties is being investigated currently.

Other matters of interest include:

Gratefully it appears that we may be emerging from the stranglehold of the most severe drought experienced in the past 50 years, with good early season rainfalls and a mild winter being experienced. Prospects for the commercial crops therefore look very promising for 2017, at this stage.

Once again we express heartfelt thanks to our supporters, collaborators and neighbours for joining in the efforts of protecting and conserving our precious biodiversity in a sustainable manner.

We wish to encourage this engagement and welcome constructive input in furthering initiatives that will benefit the entire community.