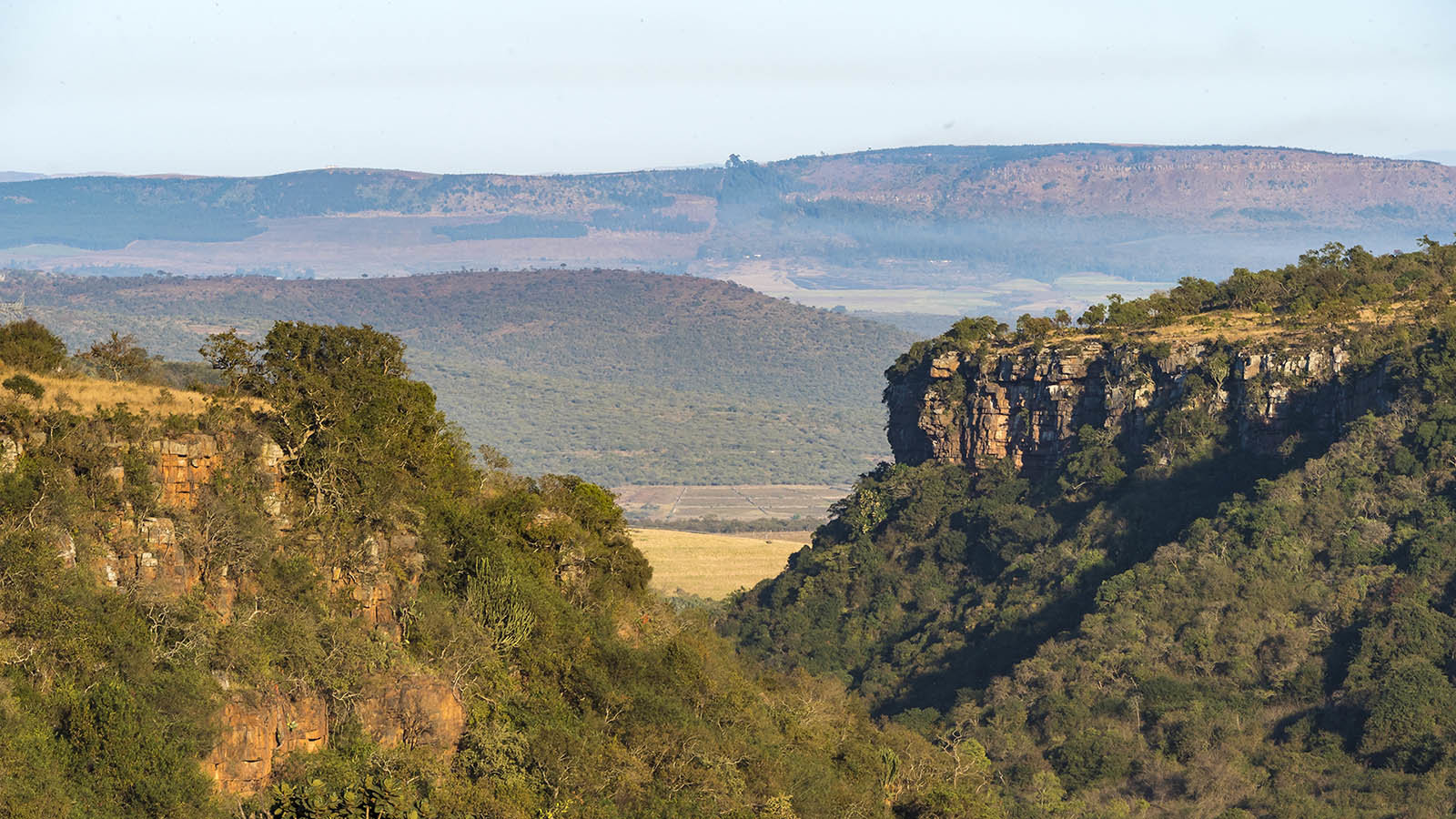 Great strides have been made, since our last newsletter, in the efforts to protect and support biodiversity unique to the area. The Boards of Fountainhill Estate (FHE) & the Taeuber Management Trust (TMT) have approved entry into the Biodiversity Stewardship Programme. This initiative is being managed by Conservation Outcomes and involves all current members of the Central Umgeni Conservancy (CUC), viz. Cumberland Nature Reserve (CNR) & Donovale Farming Company, as well as an adjoining property, Brushwood Farm, owned by Baar Hirschowitz. The inclusion of an additional member to this conservation effort speaks to the willingness of private landowners to protect the environment for future generations and the wellbeing of our planet. Similarly, it justifies our efforts to promote community inclusiveness. Other parties expressed early interest and may again be encouraged to participate, once the fruits are realised. When declared this protected stewardship area will encompass 3000 ha.

This, when viewed within developments in the uMgeni catchment, is gratifying, as Hilton Nature Reserve & Umgeni Valley Nature Reserve have recently been declared protected stewardship areas, and comprise in the region of 1200 ha. If the efforts of the Institute of Natural Resources & Conservation Outcomes are successful further protected areas, encompassing in excess of 25,000 ha, may be secured, downstream of our Conservancy, on Ingonyama Trust lands. This process was reported on previously and engagement with communities has now been initiated. Each of these protected areas will provide “stepping stones” of conserved areas, able to support our remaining fragmented environments. It also feeds the greater vision of the Greater Umgeni Biosphere Reserve initiative, which is presently in need of a champion.

In order to determine more accurately what biodiversity is to be protected the TMT is supporting three research studies to identify species present on the properties. These include frog, reptile, snake and small mammal surveys. The environmental audit lists of the CUC are updated regularly with additional information as it becomes available. This data, coupled with ongoing research by various institutions, will assist greatly in understanding the interaction between species within the floral and faunal kingdoms and provide fundamental insight into devising management strategies aimed at optimising the protection of species biodiversity.

FHE, TMT & CNR continue to avail their properties as research facilities, supporting multi- and inter-disciplinary projects. These efforts will provide the majority of the speakers to the 4th FHE Research Symposium, due to be hosted on 9 & 10 October 2019. An interesting and diverse line-up of topics is being finalised presently. The decision to provide this platform for all research relevant to the uMgeni catchment has resulted in the Umgeni Ecological Infrastructure Partnership (UEIP), requesting to share the stage, as a joint symposium; a welcome development as it addresses needs to coordinate and share information, within this strategic catchment.

Work has been initiated in reviewing research work and presentations at these symposia, to identify multi-disciplinary approaches, supplementary research requirements and management implications and adoption. This review is discussed with research heads, annually, to direct future research, of interest within the catchment.

The refurbishment of the Greenhill Biodiversity Centre has been initiated and promises to provide a collaborative facility for all organisations engaged in protection and research of biodiversity. It is also intended to become a repository of research and documentation relating to the uMgeni catchment. When viewed in conjunction with the recent launch of UKZN’s Centre for Functional Biodiversity, it emphasises the universal focus on the protection of the planet’s biodiversity. We will be exploring collaborative benefits with the Centre.

Unfortunately, the investigation for the reintroduction of Cape Vulture, has been placed on hold, on the advice of Dr Gareth Tate, of the Endangered Wildlife Trust (EWT) and Brent Coverdale of eZemvelo KZN Wildlife, due to concerns that the current habitat is not adequately safeguarded for the continued wellbeing of reintroduced birds. This is not a death knell for the project but a momentary respite while research from other parts of the country is awaited and while additional stewardship areas of protection are being promoted.

The work to reverse the rangeland degradation continues, employing regular game counts, vegetation transects and biomass monitoring, the application of scientific fire management practices and cycles, as well as establishing balanced game numbers in terms of assessed carrying capacity for existing graze and browse. In keeping with the recommendations of Cobus Botha browsers (> 2 m) were reduced, with 21 giraffe being captured and removed to Makongo Hills in Hluhluwe, Gondwanaland on the Cape West Coast and a solitary bull to CNR, on a game exchange programme. Similarly, browsers (< 2 m) were reduced with the live game sale of 8 Nyala bulls, while selective grazers were reduced with live game sales of 21 wildebeest and 20 blesbuck. This does not fully address the imbalances as more low canopy browsers need to be removed while non-selective grazers need to be increased. When the outstanding 2019 game count and vegetation transect data, combined with the successful 2018/19 calving season are analysed, further adjustments, to game numbers will be undertaken.

The game exchange programme will allow FHE to address imbalances in animal numbers as well as the continual introduction of desirable species and improved genetics, into the game & rangeland strategy.

Work on the clearing of alien invader plants continues to assist in improving the rangeland, improved water penetration and controlled run-off, while assisting in government employment programmes aimed at the upliftment of socio-economic conditions. The CUC remains grateful to the partnership with the Department of Environmental Affairs and their affiliate organisations of Working on Water and Working on Fire. To date this programme has assisted in treating in excess of 4640 ha of land invaded by alien species, both as initial clearing and follow-up treatments. The investment of R3.1m, over the 19 months of operation was borne on a 76:24 ratio between the State and the collaborating landowners. Of this 88% went toward the cost of labour, signifying the massive socio-economic benefit. Recently the pilot project roll-out to three adjoining landowners, in the form of herbicide assistance from the DEA, was initiated, in an attempt to promote the systematic control of alien plants in the uMgeni catchment.

FHE has been included as a site in the STEER Project researching the benefits of alien clearing programmes. It is being undertaken by a high-powered team of scientists, funded by Danida, the Danish Development Agency. This project will quantify more scientifically the benefits derived from these programmes, in terms of water conservation and yield, biodiversity improvements and socio-economic factors.

The Environmental Education & Awareness (EAE), programme continues to grow at a sluggish pace. We have hosted a further rural school, the Martin Nxumalo School, in our continuing partnership with Joe Mamela and the uMshwati Municipality, to an ‘’Introduction to the Environment”; Lee Fuller Tours who run Wilderness Survival Skills trips for school groups and Sally and David Johnson with their Indigenous Fauna & Birding trips. Collaborating environmental specialists will be surveyed and possibly hosted at a workshop to determine the causes for the slow adoption of FHE as a venue for EAE initiatives.

Presently SRK Consulting are assisting FHE to install a closed-system water resource monitoring project. This initiative will monitor both quality and quantity of FHE water inflows, storage, usage, evaporative losses and outflows from the property. While Kurt Bariechievy of the Department of Agriculture is well advanced in the detailed soil survey of the property. Both are aimed at the sustainable use of our limited natural resources for agriculture and conservation, which exist side-by-side.

Further sustainability projects have been implemented with rain water harvesting from the conference centre being deployed for bathroom and toilet facilities and surplus water is diverted into a game watering hole. Rain water is also being harvested off the staff village roofing for staff food plot irrigation.

The sugar industry is being laid to siege presently, with numerous factors acting cumulatively to depress prices and marketability of the product. The contributing factors include ‘’illegal” deep-sea imports; missed tariff-protection triggers; the newly imposed sugar tax which has resulted in an increased use of artificial sweeteners by industrial users; the depressed state of the local economy; national policy uncertainty and the resultant surplus of marketable sugar. While improvement of some of these factors will alleviate the situation, it is likely that difficult conditions will persist for the foreseeable future.

It is for this reason that FHE has embarked on expansion of the avocado production area, with phase 1 having been established in February and March, of this year. Other commercial enterprises are continually being evaluated and researched to ensure financial sustainability of the concept of “Farming in Harmony with Nature” and the many philanthropic initiatives engaged in.

Our neighbours, partners and collaborating organisations are thanked for their continued support and enthusiasm. We trust that the continued efforts to promote sustainable use of our resources as a collective will not go unrewarded, but continue to flourish.