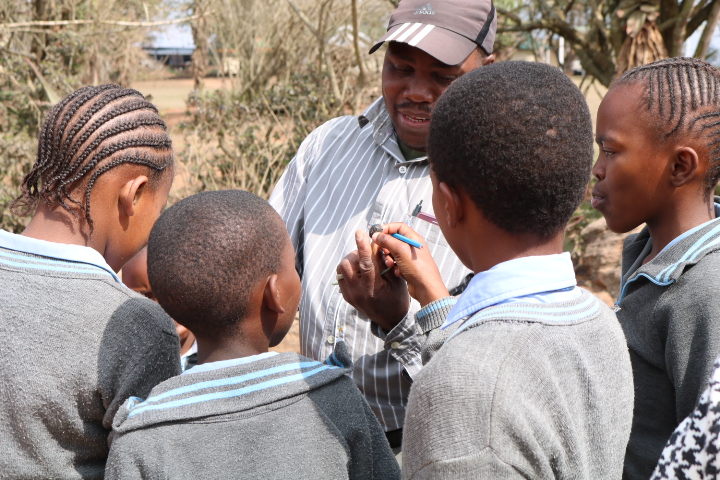 On the 23 rd of August 2019, we had our 2nd school tour for the year, and what a success, even the
teachers and the community members were getting involved and taking notes!

On a relatively cold winters morning the students and community members arrived, wide eyed and
eager to learn. They were taken on a guided 2 hour walk with our in-house FGASA trained guide
Nicholas.

They stopped to learn about the trees and the fascinating bark that some have, even wrote on the
paper bark after pulling some off the tree. Each animal dropping was picked up and passed around
and explained which animal it was from.

The animals put on a wonderful performance as always and the questions flowed. No doubt the
highlight of the walk was being brought back in the tractor trailer which was followed by lunch
supplied by the Umshwati Municipality.